What Causes an Ice Dam and How Can You Prevent It? 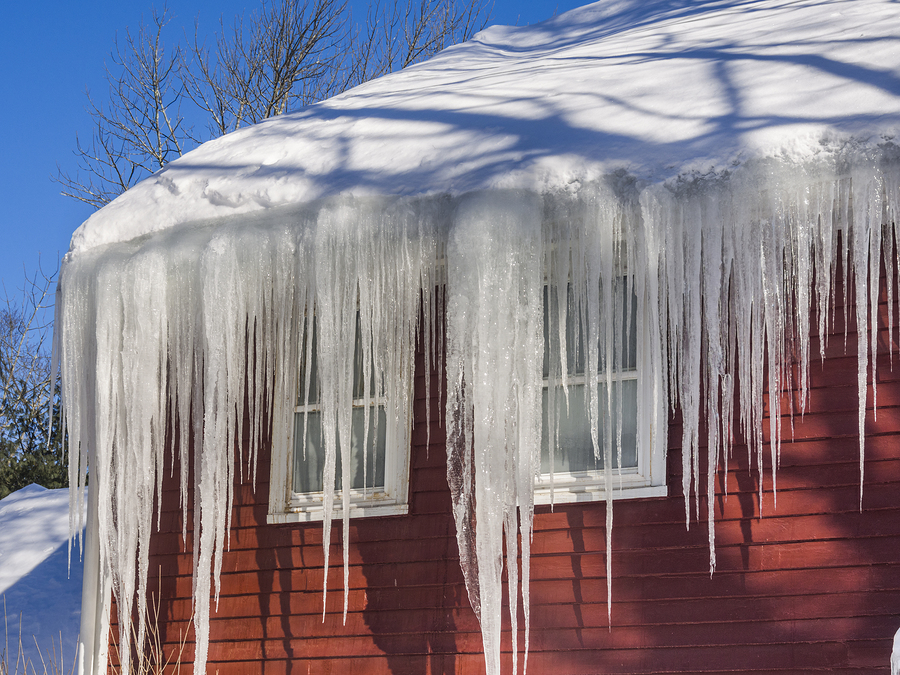 With New England and New York experiencing some of the worst snow storms in recent history last month, some of our customers have been wondering what they could do in the event that an ice dam forms on their roof.

Our expert colleagues from Superior Remodelers describe what exactly causes an ice dam and share some tips you can follow in order to prevent it from happening to your home in Newtown, Connecticut, or elsewhere in the Northeast.

Ice Dams: What Are They?

An ice dam is an ice formation that develops on the edge of a sloped roof after a snow storm or snowfall. As the snow melts, the ice reservoir prevents it from draining off the roof, collecting instead on the hardened ice before being covered with more snow on top. Ice dams can prove to be a destructive problem for homeowners. The accumulated water can leak into the roof and attic, soaking the wood as a result.

What Causes an Ice Dam to Form?

Ice dams develop due to the intricate interaction among different factors, including the heat from inside your home, how evenly insulated your roof and attic are, the amount of snow that falls, and the temperature outdoors.

Ice dams typically occur on the coldest parts of the roof, namely along its edges, which are isolated from the heat coming out from indoors. When the snow from the top portions of the roof melts, the water runs down the slope only to refreeze on these cold edges. Sometimes, the melting doesn’t happen consistently across the entire roof because the warmth that escapes from indoors is not evenly distributed.

How Can Ice Dams Damage Your Home?

As water collects in the ice reservoir that formed on the edges of your roof, water and moisture will eventually find their way beneath the shingles, the tar paper, the sheathing, and into the wooden portions of your roof and attic, causing water damage in the process.

Ice dams can also cause damage to your gutters because of the weight of the ice and the pressure that the frozen water exerts.

What Can You Do About an Ice Dam?

One temporary solution is to make a channel through the ice dam. Hose the roof down with tap water to melt the ice until a channel forms through it. Never try to get on your roof to chip away at the ice because you could end up being seriously injured.  It is best to contact your trusted restoration contractor who can expertly deal with the ice dam and water damage.

How Can You Prevent Ice Dams From Forming?

Removing the snow on your roof using a roof rake can help prevent ice dams from forming. However, this is only another temporary solution. There is one very important thing you need to do to prevent the possibility of ice reservoirs from forming in the first place: keep your roof in good condition through proper insulation.

Your attic should be properly air-sealed and insulated so that the heat escaping from the living space beneath will be kept at a minimum. Installing a series of vents can also help ventilate your attic so that the heat will be able to escape the structure.

It is important that your building contractor uses high-quality insulation products to ensure that heat transfer will not become a problem. At Superior Remodelers, our professionals can help you determine which insulation products work best for your home. Just call us at 888-330-8148 or send us a message if you want to learn more about these. You may also visit our showroom in Newtown, Connecticut.

The windows and patios doors in my home leaked so much cold air that I decided it was time to get replacements. Investing in replacement windows and patio doors is a costly investment. I did my research on different window companies, including Anderson, and decided on using windows sole by Superior Remodelers for the job...

Excellent service from start to finish. John Varca is knowledgeable, professional and responsive and the installers were hardworking professionals and left everything neat and clean when finished. I could not be more pleased with my experience with Superior Remodelers!